Welcome to the home page of Alpha Lodge, Ancient Free and Accepted Masons, located at 404 Concord Street in Framingham, Massachusetts.

We meet every 4th Monday, September through June

As a lodge of Freemasons, we are part of the oldest and largest fraternal organization in the world, an organization that is dedicated to the basic tenets of friendship, morality, and brotherly love. Alpha Lodge was formally constituted on November 13, 1876, and has been quietly serving the Framingham community since its inception. Part of our mission, and every Masonic lodge's mission, is to "make good men better" to serve our families, fraternity, faith, communities, and country. Alpha Lodge operates by charter under the Most Worshipful Grand Lodge of Ancient Free and Accepted Masons of Massachusetts.

We meet once each month and start by sitting down together to share a meal. We spend time catching up but will often have a presentation or discussion of an educational, historical, or philosphical nature. While meetings are reserved for only those who are Freemasons, guests and visitors are warmly received for dinner, by invitation.

No one is asked to become a Freemason. This is not a society that has been privately selected by invitation only. Our Fraternity is built on free-minded men who seek out and ask to be made a Mason. Once you have gotten to know some of the members, ask for a petition. They will let you know if they think it is right for you and the right time to join.

Once you fill out your petition, you will be expected to give references to vouch for your character and values. This is one reason it is so important to get to know some of the members. After you have your petition submitted, several members will be assigned to your request and will meet with you to explore your interest and provide answer to any remaining questions.

On October 11, 2018, the Worshipful Master and five members of Alpha Lodge met at Old Post Chapel, Fort Myer, for the service of Brother and Colonel Lee Dickson, after which Brother Dickson was laid to rest with full military honors at Arlington National Cemetery. 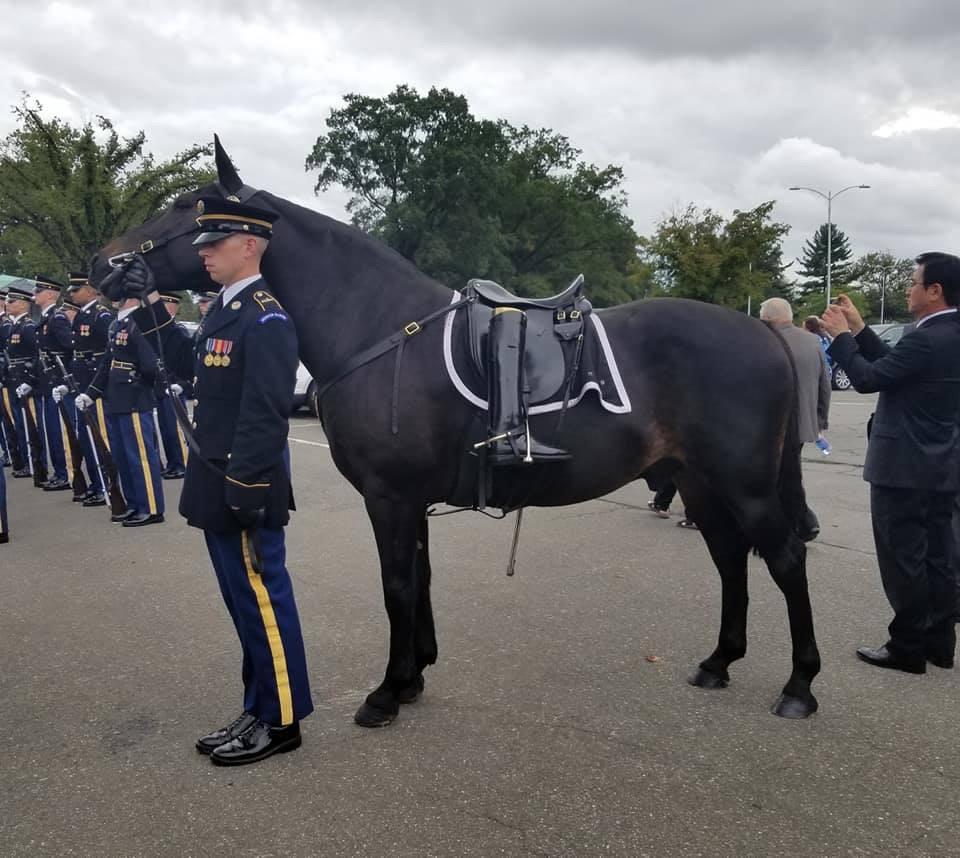 The fact that the members of Alpha Lodge had never met Brother Dickson in person, and that only a handful of the brothers had the pleasure to have spoken to Brother Dickson during our regular calls to members, was not of consequence. This was going to be both an emotional and poignent day, but also a day where the light of Freemasonry and humanity shines brightly. 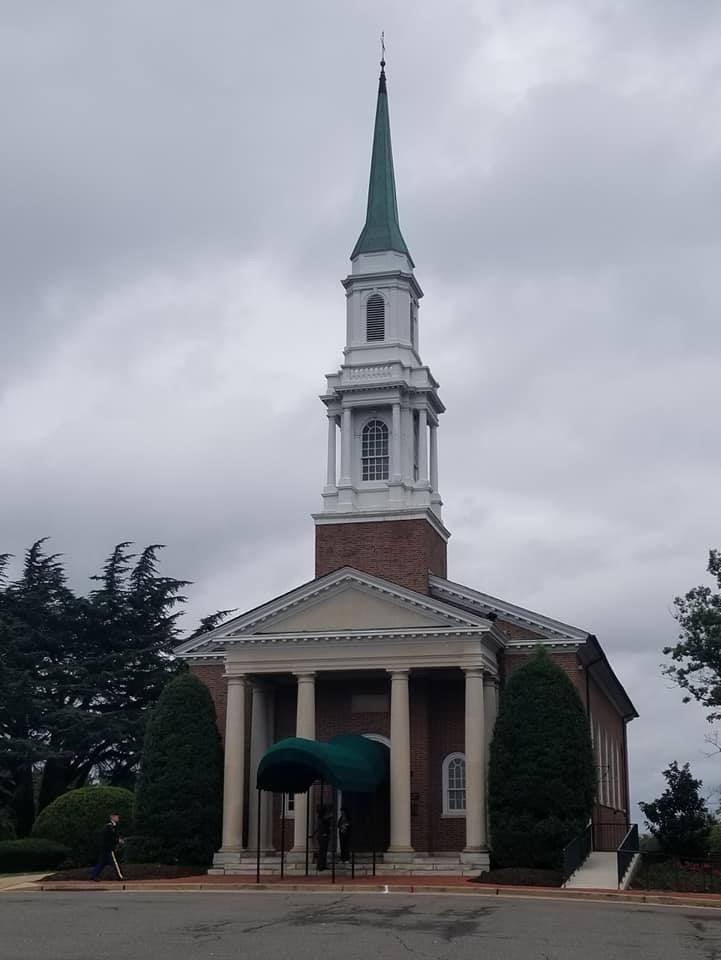 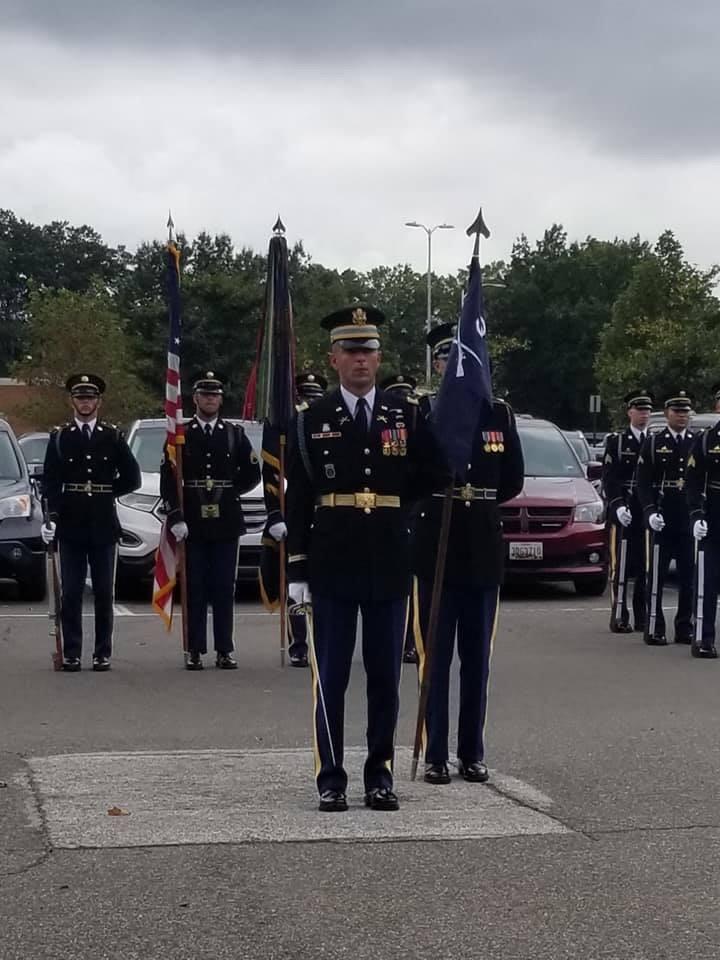 As family filed in from Florida, Hawaii, and West Virginia, the brethren of Alpha Lodge were pleasantly surprised to be greeted by Jim Orgettas, who had been directed by our Grandmaster to represent the Grand Lodge of Massachusetts at the service. While it should be no surpise, this gesture meant the world not only to the family but to our lodge. Additionally, military members from Boston as well as Washington arrived to see off the Colonel.

A service filled with mentions of commendations, awards, and praise ensued, with the distant, flawless echo of the military band outside.

Shortly after the graveside service, the members of Alpha Lodge were approach by other gentlemen, veterans who had come to pay their respects. "Air Cav. Vietnam. I'm sorry for your loss Brother," followed by a big hug from this stranger, and, through teary eyes he said, "This is a special place. I've come from Wisconsin, but being here has somehow made the world a very small place. We need to stick together. You take care. I'm sorry for your loss."  The act was stirring and beautiful.

After the service, the brethren of Alpha Lodge were invited to attend the regular communication of Hiram-Tacoma Lodge #10. In a twist of fate, the Worshipful Master, Brother Scott Jacobs was presenting an educational talk about the revolutionary war and the battles at Concord and Lexington. 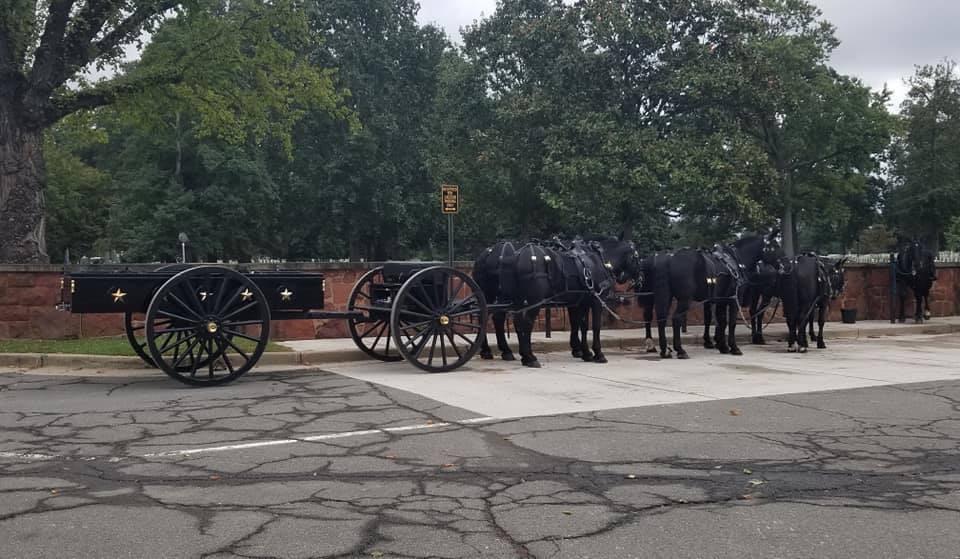 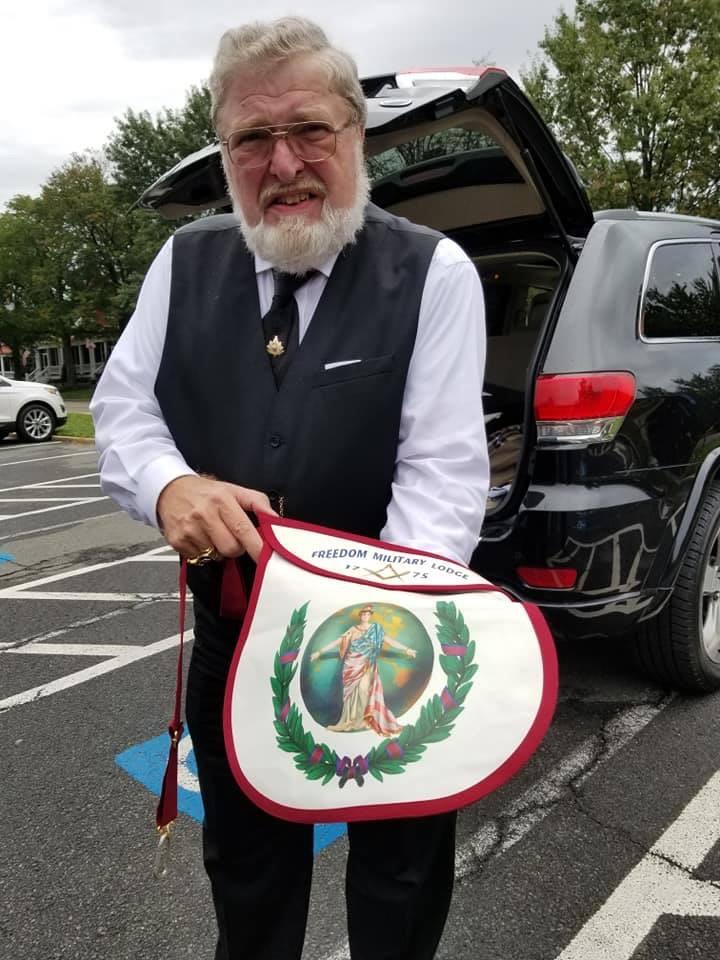 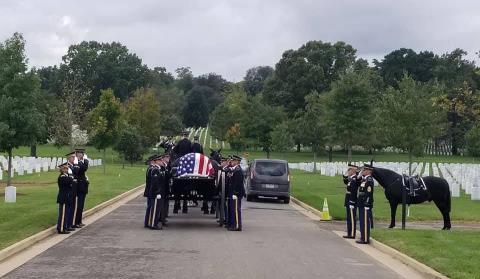 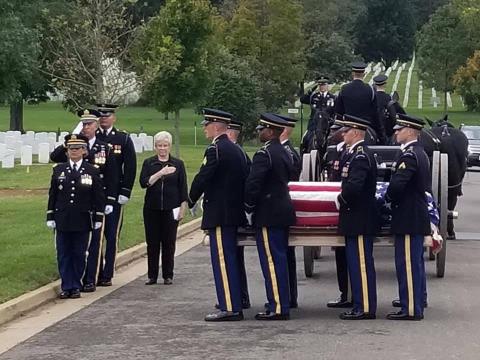 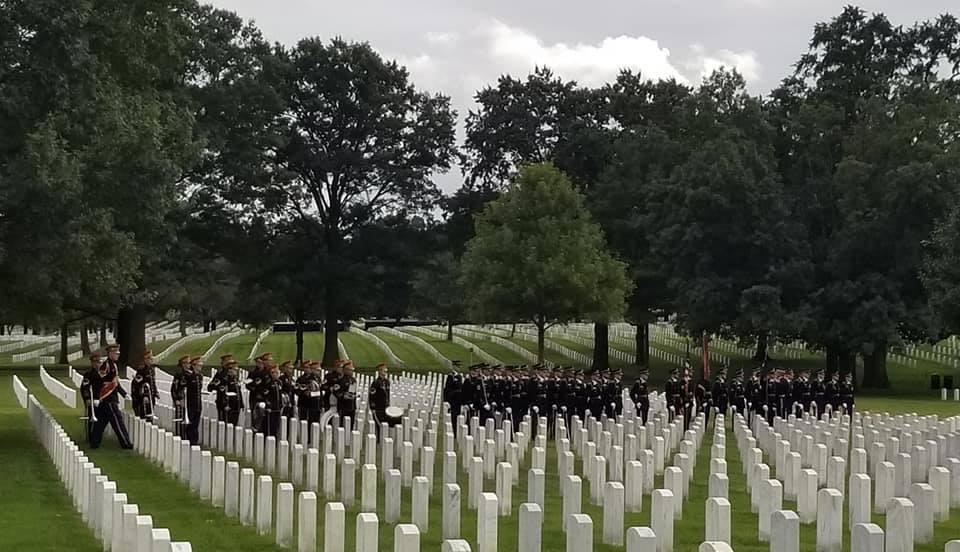